We assume you've already created a new App and chose Symfony in the Software Preset. If not: You can do so in the fortrabbit Dashboard. You should also have a PHP development environment running on your local machine. If you are using Symfony 4 or 5, you can safely follow this guide, given Symfony 6 did not break compatibility changes.

If you did not choose Symfony when creating the App in the Dashboard at first, please set the following: Go to the Dashboard and set the root path of your App's domains to public.

Change the root path for App URL of App: {{app-name}}

Symfony 6 environments are controlled by the APP_ENV ENV var. You can even use ENV vars in the .yml configurations now. To get you started quickly, we provide you with the following ENV vars by default when you have chosen the Symfony from when creating the App:

Within the Dashboard under your App settings you can modify the ENV vars. Modify APP_DEBUG or APP_ENV to change the behavior of your application. You can also define your own key-value-pairs and use them in your configuration files.

It is assumed that you already have a Symfony project installed and running locally. This can be an existing project or a new one, see the official download page for instructions for your local Operating System.

Given that fortrabbit uses Apache as a web server, consider fetching the default .htaccess file for Symfony, via flex (since this is from contrib repository, you will be asked to confirm the installation. Do it by pressing y):

If your project is not under Git version control yet, follow these steps to be prepared for your first git push.

Got an error? Please see the access troubleshooting. Did it work? Cool! This first push can take a bit, since all the Composer packages need to be installed. When the first push is done you can visit your App URL in the browser and see the Symfony welcome screen:

Until now you just deployed some code. If you want to use doctrine and Mysql it requires some more tinkering to make it yours.

The DATABASE_URL ENV var stores all DB access information already (see above). You just need to use it in doctrine.yaml like so:

Once doctrine is configured and the changes are deployed, you may want to run migrations and maybe load fixtures. You can login via ssh in to your App, or instead just fire single commands like so:

You can also add this migrate command to your composer.json to have it run automatically every time you push changes.

With that in place, any time you deploy your code, database changes will be applied immediately. If no database changes are required, nothing happens, so it is safe to run all the time. Just make sure to test your upgrades and migrations locally first.

There currently is no possibility to use Node.js with our services. The build process to compile JS and CSS needs to run locally - whether with Encore, Webpack, Gulp, Grunt, or the solution of your choice).

Compiled assets should not be under version control. So, instead of committing the build files to Git, you deploy them separately. Given the way our stacks are designed (Universal having persistent storage and Professional allowing horizontal scaling), deploying your assets will be done differently.

To deploy your compiled assets to your app, when using Universal Stack, you can simply use rsync. It works great for this and it's easier than you might think:

These is no persistent storage with the Professional Stack. We provide the Object Storage for this, see the main article on how to access.

In Universal Stack, you can access all log files your App writes on the file system. If you want to use live logging in Universal Stack or in Professional Stack, then you should configure Symfony to use error_log. After having installed monolog bundle (composer require symfony/monolog-bundle), modify the config/packages/prod/monolog.yml file:

You can not use sendmail on fortrabbit but you can use the Swiftmailer. Symfony provides a Mailer component that makes things easy. To configure the way your emails are sent, mind setting a MAILER_DSN environment variable. More on this in the official documentation.

In Universal Stack you can use the default file cache. In Professional Stack, when you deploy your app, the old code is removed and the new one is deployed. If you need at some point to store custom information in the cache (through cache pools), you then need to avoid filesystem (because of the way the Professional Stack works, with its distributed nodes): instead, use an adapter amongst doctrine, redis or memcached. 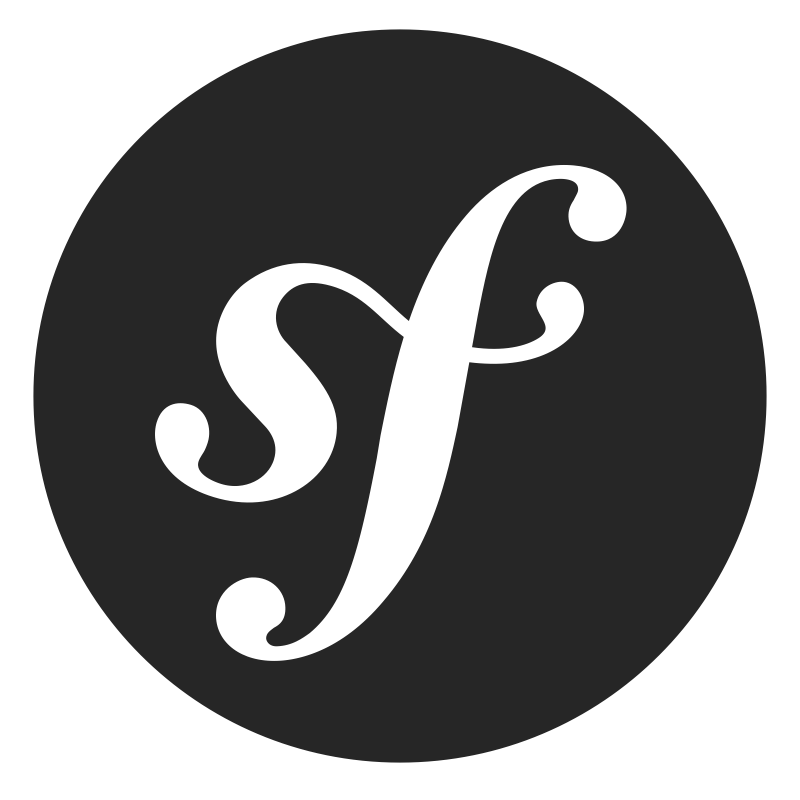 PHP hosting for busy people. Git push your idea into the wild now.